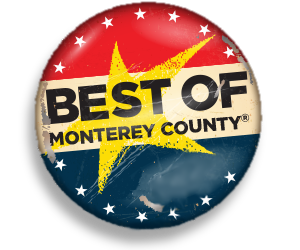 Meet the Boys
The Money Band is a high energy, versatile, and extremely entertaining four-piece band which specializes in performing electrifying renditions of #1 hits from the 50's to the present.
more...
Best of Montery County

What You're Saying
These days, it's tough to spend money on something unproven. But with a long list of successful shows and happy clients, it's never been easier to find the right band for your perfect day.
more...
Wedding Receptions
​

Entertaining Crowds of All Ages!

We are a high-energy, versatile, and extremely entertaining band, specializing in performing electrifying renditions top #1 hits from the 50's to the present.


Fronted by charismatic lead vocalist and harmonica player Zoe Alexander, The Money Band performs with a remarkable intensity and fire that garners new fans and critical acclaim wherever and whenever they play. Playing every style from country to funk to disco to classic rock, reggae, modern rock and pop, with songs from The Beatles, Elvis, Johnny Cash, Van Morrison, The Rolling Stones, Kid Rock, David Bowie, KC & The Sunshine Band, AC/DC, Bruno Mars, Maroon 5 and many more of your favorites, The Money Band is famous for having a packed dance floor all night long!

The Money Band has shared the stage with many major acts including Steve Winwood, Journey, The Dixie Chicks, Kenny Chesney, Lynyrd Skynyrd, Dave Mason, Link Wray, The Stray Cats, The Byrds, Smash Mouth and many, many more. They have toured and performed all over the United States as well as internationally, with dates in the UK and Europe including England, The Netherlands, Italy, and France.

Additionally, they have performed for weddings, private parties, nightclubs, yacht parties, and at some of the most prestigious hotels and venues both locally and around the world. These include The Lodge at Pebble Beach, Carmel Mission Ranch, The Lake Tahoe Ritz Carlton, The Monterey Peninsula Country Club, The Biltmore Phoenix, AZ, Hahn Vineyards, The Ford Models Mansion Party in Bel Air, The CA Rodeo, The Silverado Resort in Napa, Coconut Grove at the Santa Cruz Beach Boardwalk, The Peabody in Memphis, TN, The Montalvo Art Center and The Hotel Negresco in Nice, France, to name just a few.

Zoe was born to perform. The charismatic entertainer found his voice in his early 20s while playing with a Newport Beach band. His first major show was the First Annual Catalina Blues Festival with thousands in attendance. He was soon after chosen by Priscilla and Lisa Marie Presley as their personal band for the 25th Elvis Presley Anniversary in Memphis, TN. He's traveled the world--Italy, France, Phoenix, India, the Caribbean, Miami--singing, playing with the locals. He gained fluency in a remarkable range of styles. Soul, rock and roll, blues, country, reggae, jazz, calypso--it's all second nature to Zoe. He formed the Money Band and quickly built a reputation for honesty in business and a take-no-prisoners approach to entertaining.

Nat took up the bass guitar at age 12 and the double bass at age 14. After several years of playing in one of the nation’s top high school jazz programs Nat took a year off to study symphonic music in Europe. Throughout this time Nat stayed busy playing with a variety of different side groups and taking part in many studio recording projects further deepening a diversity of musical knowledge and vocabulary. For over two decades Nat has been performing and recording with Gospel, Blues, Rock, R&B, Soul, Jazz and Country artists throughout the US. Musically speaking, Nat up pretty much up for anything and he’s ready to rock!

As a drummer, Chris has played with Dave Meniketti (Y&T), Billy Preston, Mitch Ryder, Al Wilson, The Drifters, The Coasters, Congolese singer Pépé Kallé. Chris has written and produced songs that have appeared in movies and television shows such as "Trixie", "US Seals", "Sex and the City", "The Drew Carey Show", "Jag", and "Homicide". Chris also co-created the cartoon series "Bought the Farm".

Steve is proud of - and highly grateful for - the fact that between busy playing and teaching schedules, he's been earning his living solely in the music business for nearly two decades. That remarkable accomplishment requires a high level of talent, dedication and commitment. "Teaching is a huge part of my life," he says, "but my passion is performing live." Although he's a to-the-bone Led Zeppelin fan, ("a rocker at heart!"), Steve also possesses a chameleon-like ability to morph effortlessly between the many different styles of the Money Band -- thanks in part to the training he gained at the Guitar Institute of Technology in Hollywood.

A great alternative to the full Money Band, the Money Duo is perfect for smaller gatherings and more intimate venues. The Money Duo offers all the energy and fun of a full band at a fraction of the price. The Money Duo features lead singer Zoe Alexander and lead guitarist Steve Moseley performing with pre-recorded backing tracks, which include horns, keys, backing vocals, drums and bass.